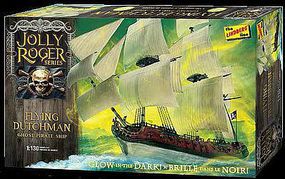 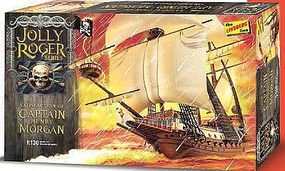 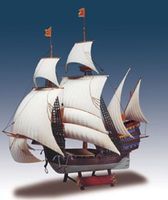 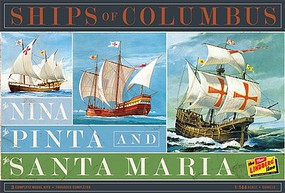 1/130 Scale Lindberg #LND70874. The Jolly Roger is any of various flags flown to identify a ship's crew as pirates that were about to attack. The flag most commonly identified as the Jolly Roger today is the skull and crossbones (although swords are also common), a flag consisting of a human skull above two long bones (probably tibias) set in an x-mark arrangement, most usually depicted crossing each other directly under the skull, on a black field. This design was used by several pirates, including Captains "Black Sam" Bellamy, Edward England, and John Taylor. Some Jolly Roger flags also include an hourglass, another common symbol representing death in 17th- and 18th-century Europe. Despite the prominence of flags with ar
(12)
Location : Plastic Model Sailing Ships 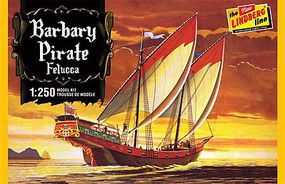 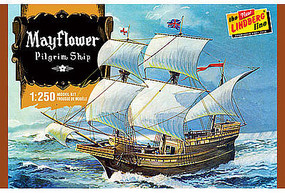