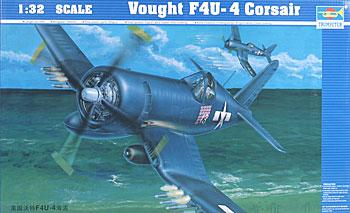 The Chance-Vought F4U Corsair was one of the most successful fighters of WWII. It was in production longer than any other US fighter in World War II (1942-1952) with 12,571 built, some of which remained in service as late as 1965.The F4U-4 is a version 2.01 addition to War birds. This Corsair saw service in the final stages of the Pacific War. The F4U-4 Corsair used the Pratt & Whitney R2800-18W, later upgraded to the R2800-42W. This engine required more air, creating the need to re-design the nose with the distinctive chin intake. The exhaust system was also re-designed with exhaust outlets both above and below the wings. The other major change was a complete re-design of the cockpit, making it more ergonomic. This included a new cockpit floor, new consoles, re-designed instrument panel, and a simplified seat which consisted of a bucket-type base and a flat armored plate for a back rest. The F4U-4 first saw combat at the battle for Okinawa in 1945. The F4u-4 also participated in combat in Korea. It was the fastest, best dogfighter of the series. The Corsair was definitely the longest-lived of the Navy fighters of WWII, its last combat sortie being in 1971 with El Salvador, and the F4U-4 was considered the 'ultimate' Corsair.