This is the 1/72 Scale F/A18C/D Wild Weasel Aircraft Plastic Model Airplane Kit by Italeri. Suitable for Ages 14 & Up. 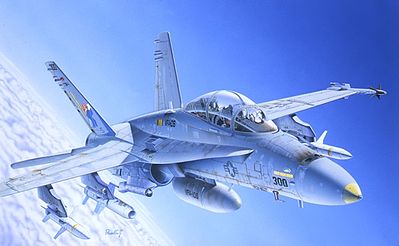 The F-18C/D Hornet is one of the most versatile fighter/attack aircraft in the world and can operate from land bases and aircraft carriers. The C version is a single seater, while the F-18D carries a crew of two. The two seat version has proven especially adaptable to the anti-radar wild weasel role previously filled by the F-4G Phantom.