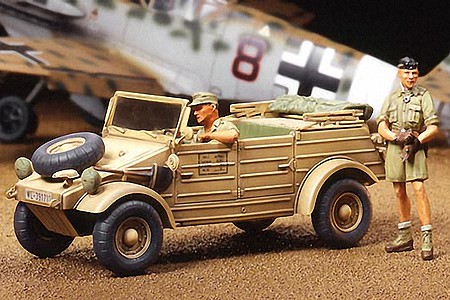 Tamiya's Military Miniature Vehicle (MMV) series features popular 1/35 scale models reduced down to a tiny 1/48 scale. Only Tamiya's attention to detail and quality can produce such highly authentic models on a scale that is fun to build and great to collect. Following the Kubelwagen as our first MMV release, Tamiya now introduces the popular variant, the Africa Corps version to this popular new series. Model can be displayed by itself or combined with a model from our 1/48 scale aircraft series for detailed diorama.