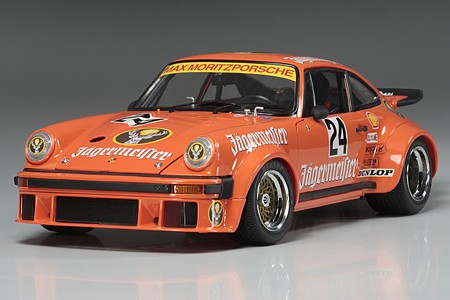 (Pictures shared by our community)
Add Yours Now

Doors, front hood, and engine hood can all be opened to showcase the detailed interior

About the Porsche Turbo RSR Type 934

Based on the Porsche 930 introduced in 1975, the Turbo RSR Type 934 was developed to compete in the Group 4 GT category of FIA races. Equipped with a high-powered flat-six turbo engine, the car came to dominate the production car racing scene throughout the world during the 1970's in the hands of many private racing teams and had many impressive performances, including a 2nd place finish at Le Mans 24 Hours.

Doors, front hood, and engine hood can all be opened to showcase the detailed interior