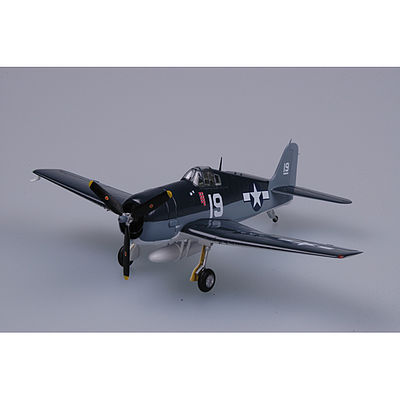 "White 19"
Kid Maverick
On June 19, 1944 during the Battle of the Philippine Sea, Lt Alexander Vraciu shot down six Japanese dive bombers. The battle was called the Marianas Turkey Shoot. Vraciu managed to destroy all six Yokosuka D4Y Judies using only 360 bullets in one mission, having recently came over from the USS Intrepid to the USS Lexington. My 1/72 scale pre-built model of Alex Vraciu's Hellcat featured the white 19. This model had clean and simple details, so I gave it a GOOD.