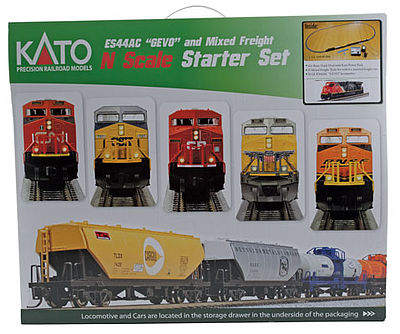 The ES (Evolution Series) of locomotives are built by GE Transportation Systems and designed to meet the U.S. EPA's Tier 2 locomotive emissions standards that took effect in 2005. These Evolution Series locomotives are equipped with AC traction motors and are powered by a newly designed "GEVO-12" 12 cylinder engine that produces the same power as the 16 cylinder AC4400CW, but with fewer emissions and greater fuel economy. It also carries a redesigned air-to-air dual-fan heat exchanger, which gives it its distinct "oversized" radiator; a common spotting feature for these new locomotives.