This is the 1/35 Scale Utility Truck M151A2 Vietnam War Plastic Model Kit from Tamiya. Suitable for Ages 14 & Up. 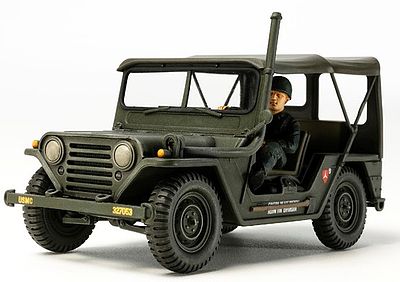 "Fun Easy To Build"
rkingsburyjr1967
This was a very quick easy fun build for me. After applying primer to all parts I put the Jeep together and airbrushed entire body and under belly. Then it was simply painting the accessories and airbrushing canopy.

Special feature 6 : Includes 2 sets of markings to depict vehicles which took part in the Vietnam War.