This is the 1/390 scale Boeing 747 plastic model airplane kit by Revell. 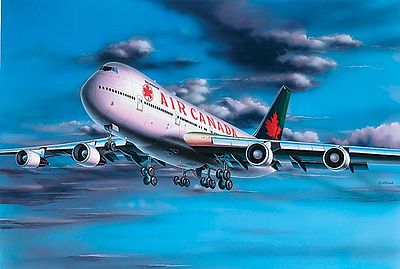 When the first flight of the Boeing 747 occurred in 1969 the aircraft was the heaviest, most powerful, and had the largest passenger carrying capability of any civil airliner ever built. The 747 was the first "widebody" airliner and, consequently, the first of the "Jumbo Jets." Today, even after the introduction of many new large passenger aircraft, the 747 maintains it's status as having the largest passenger and cargo carrying capacity. The version represented in this kit is the 747-200 which features the standard length upper deck