This is a 1/72 scale F105D Thunderchief plastic model airplane. 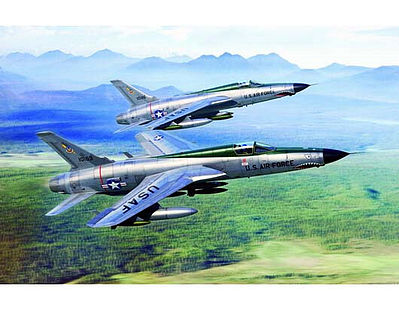