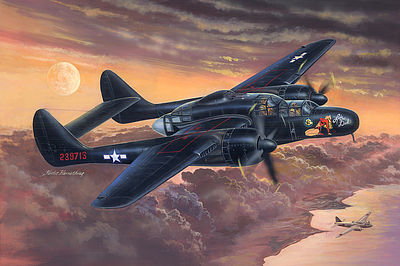 "Huge Model"
sem762x54 (Santa Clara, CA)
I received this kit, and it is huge. I have not yet assembled this kit, but from the looks of things it promises to be an impressive model. I can't wait to dig in and start assembly and painting. The parts are all very highly detailed, (and finely detailed), so care should be taken with them as usual. This kit also includes Photo Etched Brass components and Die Cast Metal landing gear parts as an option in place of the detailed Poly-Styrene parts. The tires are rubber, as with some of the Trumpeter kits. Hobby Boss really did a great job putting this kit together. I would like to see them produce a few more types of WWII Aircraft Kits. Good Luck Modelers!

#27 in Plastic Model Airplanes 1/30-1/39 Scale
#295 in Plastic Model Airplanes
#1,995 in Plastic Models
"Very fun build"
Gralls508@gmail.com
Very good quality, the included decals were very basic and not historically correct as far as my research found. But nothing that good aftermarket decals can't fix.
"WoW! Just a great build."
myles4000
This kit was a gift and it is large and intimidating with so many parts. So it sat round for a while. It was also one of the first Hobby Boss kits I have built. I can't say enough about the quality, fit and finish and the detail that is in this kit. Although large, with a wingspan of over 2 feet, I enjoyed every detail, the interior, forward and aft, the engines, the wings and landing gear. It all went together smooth and cleanly with little flash. It's unfortunate a lot of the detail ends up being hidden in the finished model. I uploaded a lot of photos and I could have uploaded a lot more. The instructions were easy and simple, with a lot of great drawings. I think a lot of modeling experience is not necessary. This was one of the most enjoyable if not the most time consuming kits I have had the pleasure of building.

Since the National Air Force began to pay attention to night bombing, bombing began to become more efficient than ever. In order to counter the enemy's night bombing campaign, a series of night fighters began to be put into use. In Americans began their night fighter project. But it was not until 1943, 10 months P-61 "Black Widow" service, they have been using the Douglas P-70 "catastrophe" and imperial "Beaufighter" to compete with the Japanese.

With the advent of more powerful airborne interception radar SCR-720C , the military began to upgrade their P-61 to accommodate the latest radar. This is equipped with SCR-270C radar "black widow" is named P-61B . B -type extended nose to accommodate the radar and re-installed in the latter part of the back of the turret.